On Friday, September 23rd 2005, at the Danish Parliament Building Christiansborg in the former Upper Chamber "Landstingssalen" in Copenhagen, Danish, Swedish and international environmental organisations convened a conference on Euratom, nuclear related topics and renewables in the EU and Scandinavia.

The conference had two main objectives: To assist in promoting the initiative of an intergovernmental conference on the Euratom Treaty and to provide the Danish Government with high quality information and analysis to adopt a proactive policy on the future of the Euratom Treaty.

In order for the conference to have a political impact, some of the most qualified and highly esteemed representatives of their respective fields in Europe were invited as presenters and debaters.

The conference was sponsored by the Danish Board for EU-Enlightenment, the First of May Foundation and Plum's Ecology Foundation. 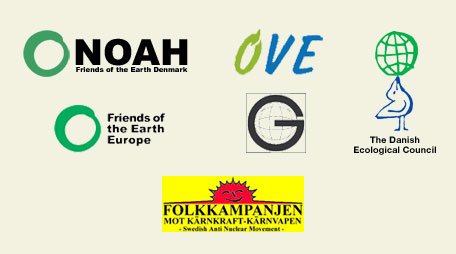